By John Whitefoot
This article was originally published by: Profit Confidential

When it comes to investing in the stock market, we’re told to follow the smart money. Who might that be? The most influential investors/businessmen in America today are Warren Buffett, John Paulson, and George Soros. Their investing acumen has helped them amass billions of dollars and millions of followers.

With the stock market trading at record highs one would think they’re still snapping up U.S. stocks. The NASDAQ is up 275% since the markets bottomed in March 2009, and the New York Stock Exchange is up 165%.

The most important stock market indices are keeping pace. The S&P 500 has climbed more than 210% (and closed above 2,000 for the first time ever in August 2014). The Dow Jones Industrial Average has increased 175%.

But should we follow the smart money when they’re shedding American stocks? Some of the most visible and vocal billionaire investors are turning their backs on U.S. stocks. Are they preparing for a stock market crash in 2015? And should we follow suit?

Over the last couple of years, Warren Buffett’s holding company, Berkshire Hathaway, has been dumping its exposure to American stocks that rely on consumer spending.

What stocks does Warren Buffett think will do well in a correction? Since the second quarter of 2012, Berkshire Hathaway has increased its holding in Wells Fargo & Company (NYSE/WFC) by 225%, American Express Company (NYSE/AXP) by 193%, U.S. Bancorp (NYSE/USB) by 21%, and The Bank of New York Mellon Corporation (NYSE/BK) by 31%.

Billionaire business magnate George Soros is the Chairman of Soros Fund Management, which sold out its holdings in several banking giants in the first quarter of 2014, including JPMorgan, Bank of America Corporation (NYSE/BAC), and Citigroup Inc. (NYSE/C). Between the three banks, Soros Fund Management sold more than a million shares.(3)

It didn’t take long for Soros to lose faith in the U.S. markets. The divestiture comes only a quarter after his fund purchased a stake in JPMorgan and Citigroup. The fund also eliminated its stakes in Alcoa Inc. (NYSE/AA) and J. C. Penney Company, Inc. (NYSE/JCP), and decreased its stakes in Liberty Global plc (NASDAQ/LBTYA), General Motors Company (NYSE/GM), and Microsoft Corporation (NASDAQ/MSFT). The fund’s decreased holding in Microsoft comes just two quarters after it actually increased its stake significantly.

Despite the stock market’s record run and Washington’s assurances that the economy is getting better, some of America’s wealthiest billionaires aren’t convinced. In fact, their recent actions suggest some sort of market crash is on its way. Do they know something you don’t? Not really. The data is out there for everyone to see. Unfortunately, Wall Street is too busy ignoring the warning signs.

The stock market is supposed to be a reflection of the economy, but right now, it isn’t. That’s because most Americans aren’t even aware we’re in the midst of a recovery.

Not unlike the stock market, the U.S. economy looks good on paper. The U.S. unemployment rate is under six percent, interest rates are low, and the economy is picking up steam.(4)

Dig a little deeper, though, and you’ll discover that the underemployment rate is still at an unacceptable 12%, wages are stagnant, personal debt levels are high, and 15% of Americans are on food stamps. Plus, most Americans (76%) are still living paycheck to paycheck.(5)

For the world’s biggest economy, these are not the makings of an economic recovery. Nor are they the foundation for sustainable economic growth, especially when you consider the fact that the U.S. gets more than 70% of its gross domestic product (GDP) from consumer spending. This might explain why some of the country’s wealthiest investors are dumping certain U.S. stocks.

It’s quite possible that Warren Buffett, John Paulson, and George Soros also think U.S. stocks are in a bubble. And why not? Stocks have a price-to-earnings ratio of 25.67. Over the last 10 years, that average has been 15. Stocks are currently priced 71% higher than their 10-year average.(6)

If the economy and strong corporate earnings and revenues haven’t been driving the stock market higher, then what is? The stock market has been doing well because it’s the only avenue investors can turn to.

In 2008, the Federal Reserve introduced its first round of quantitative easing (QE) to help kick-start the U.S. economy after it slipped into a recession. It was hoped that by artificially lowering the short-term lending rate to nearly zero, banks would more readily lend money to both businesses and individuals.

The low-interest-rate environment did three things: it essentially took “income” out of once-reliable, stable, fixed-income investments like Treasuries, bonds, and CDs; it made it easy to borrow money; and it also meant that the stock market was the only avenue for investors looking to make money.

After six years, the Federal Reserve has turned the easy money taps off. This is bad news for investors since the low-interest-rate environment is generally recognized as being the fuel that has propelled the stock market increasingly higher.

Overvalued stocks are going to have to rely on real revenues and earnings to propel them higher. Judging by the shape of the U.S. economy, this is going to be a difficult task. In 2013, the year that the overall markets soared, U.S. GDP growth was just 1.9%. For 2014, U.S. GDP growth is expected to climb modestly to 2.2%. In 2015, the International Monetary Fund (IMF) forecasts U.S. GDP growth of 3.1%, which is much healthier and closer to historical norms, but also a tad too optimistic.(7)

The global economy could have a real drag on the U.S. economy in 2015. The IMF cut its outlook for global growth in 2015 to 3.8%. It also said there is a 38% chance the eurozone, the world’s biggest economic region, will fall back into a recession in 2015.(8) This is bad news when you consider that roughly 40% of the public companies that make up the S&P 500 get sales from Europe.

The outlook for the stock market looks bleak. Buffett, Paulson, and Soros understand this. And the reality of the U.S. economy has led them to see there is a real good chance the U.S. markets could experience a crash or serious correction in 2015.

Hopefully, everyday investors will be able to see the same thing and put their money in more stable investments. After all, there’s never been a crash the stock market hasn’t recovered from. 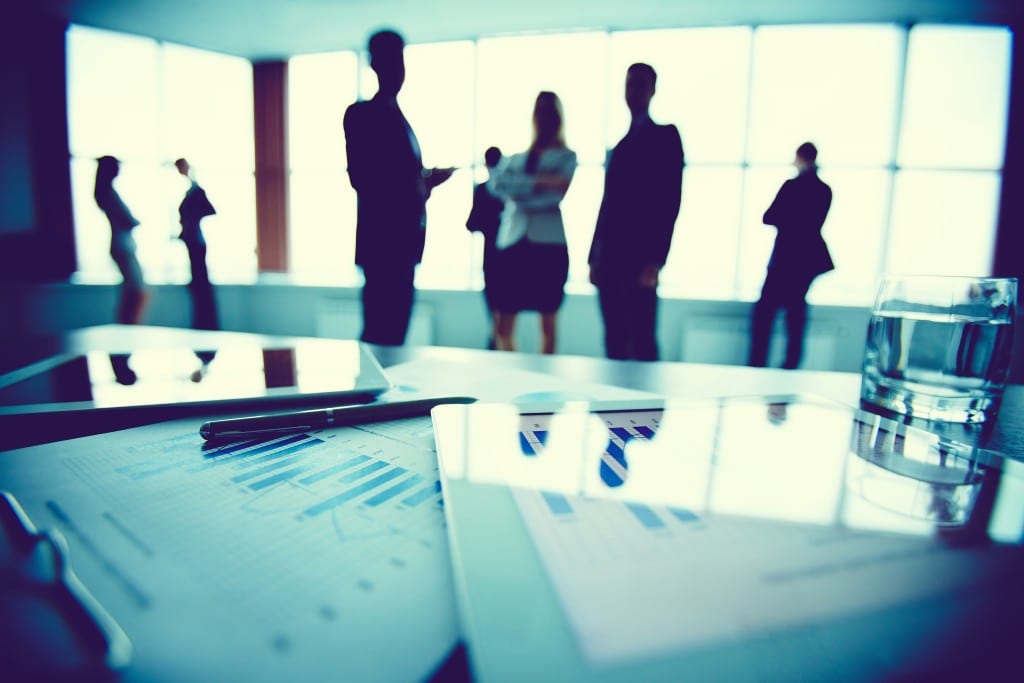 At JWB, our team of real estate experts shares value added articles such as the one above to help communicate the pros and cons of specific investment strategies.  As 400 JWB clients have discovered, owning rental properties can provide financial freedom and time ownership with the right team of professionals manage the process for you.  Read more about client success stories, here.