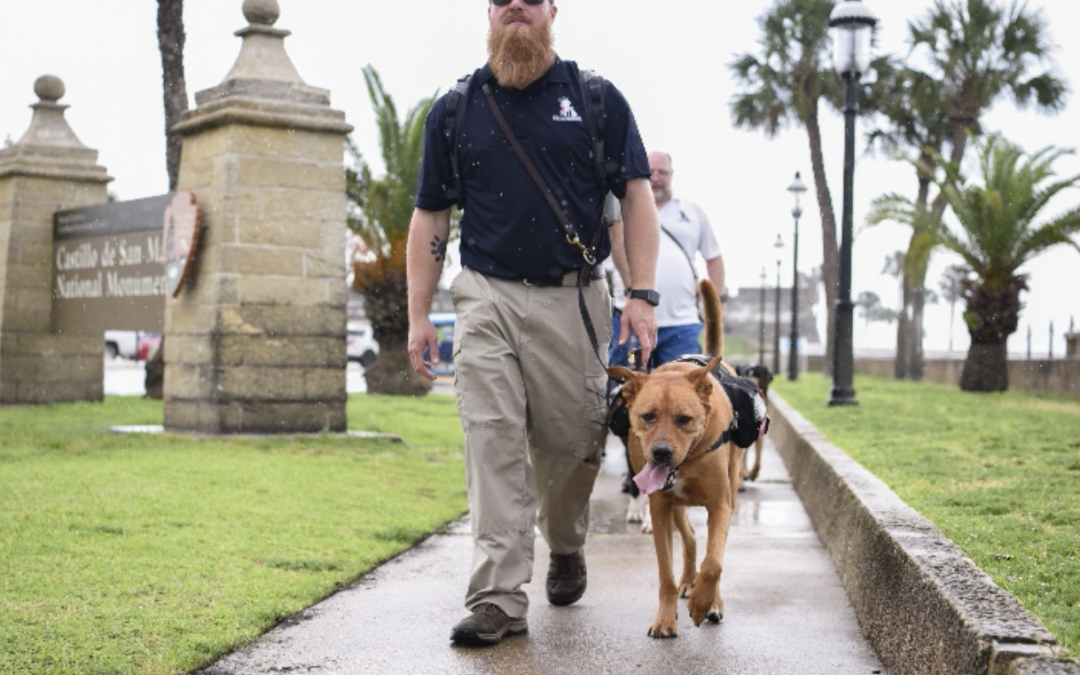 At JWB, we may sell rental properties and property management services, but our goal is much bigger than that. We want to change people’s lives. And there’s no better day to realize that we’re making a positive impact on the world than on JWB’s Welcome Home Warrior Home Donation Day!

JWB and our network partnered with K9s For Warriors and raised over $130k to build this new construction home for James and his family.

James has 12 years of proud military service under his belt. Unfortunately, those proud years are also marked with multiple instances of service-related trauma. Despite the tumult that came with his overseas tours, he was committed to the Army as a Wheel Vehicle Mechanic. He was distraught at being medically discharged in January 2014; he wanted a career.

Now that James is on the other side of his military traumas, he’s relatively open about the debilitating mental and physical struggles that resulted.

As often happens with service members who go through such trials, James also struggled with substance abuse during his darker days. After being discharged and moving back to his hometown, he isolated himself in a separate area of his parents’ home.

“I had everything there that I needed. I wouldn’t leave for days.”

However, those who cared about James weren’t standing for losing him.

“Something had to change. I had enough people who loved me to force the change. They wanted me back.”

In early 2015, James’s mother contacted Jeannie Blaylock, a Northeast Florida news anchorwoman who is also an avid supporter of K9s For Warriors. She took James for a tour of Camp K9, being sure a Service Dog was what James needed.

James was paired with Dunkin in the April 2016 class, which solidified his determination to return to life. With the strong bond between the two, his aspirations have been high ever since. James returned to Camp K9 in 2017 to enter the Warrior Trainer Apprenticeship program. After six months of in-depth training on all warrior and kennel procedures, he graduated once again, but this time, as a Warrior Trainer. Now, every day James gives guidance and hope to veterans like himself who used to be hopeless.

“This program gives me a daily purpose, to have a positive impact on others. With every warrior that is helped, that’s one more off the [suicide] list. I can train warriors and help give the dogs a purpose. That is what’s most important to me.

“I used to think there was nothing left for my life. I found that there was no better way for me to help people, especially in my own community, than by helping them break down their barriers and their suicidal ideations.”

JWB Real Estate and K9s For Warriors held a ceremony on March 2nd, 2021 to present the brand new home to James and his Service Dog Dunkin. This will be the third home that we have donated to a local veteran in partnership with K9s For Warriors, and it is our privilege to give back to our community. We hope to continue this tradition for many more years to come!

We would love your support for our mission to create affordable housing opportunities for those in our Jacksonville community who need a helping hand.