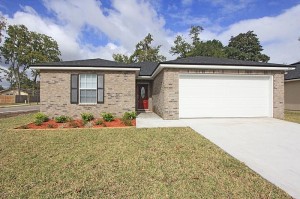 A shrinking supply of existing homes is driving small single family rental home operators such as Kinloch Partners in Atlanta and JWB Real Estate in Jacksonville, Florida, to build new rental homes, according to executives with the companies.

Kinloch and JWB say they are building new rental homes at cap rates ranging from 6% to 8% — in many cases exceeding the yields achieved  by larger operators that are exclusively buying existing homes, according to the executives, a single family rental industry analyst and public filings by large SFR operators.

Those larger institutional and public SFR operators say they are still finding a sufficient supply of existing homes, and as such don’t need to build-to-rent just yet. On average, those large players are achieving cap rates ranging from 4.7% -6.5% on existing homes they purchase, renovate and rent, according to the analyst and information published by the companies.

But a build-to-rent model appears to be in the cards for every SFR operator, eventually. American Homes 4 Rent has not yet built to rent, but will at some point, said CEO David Singelyn at an IMN SFR conference in Boca Raton,Florida, two weeks ago. Singelyn said new home construction is not keeping up with demand.

Buying existing homes for use as rentals, “is not going to be, in the future, an effective way to buy at any scale,” said Bruce McNeilage, co-founder of Kinloch Partners. Rising home prices will eventually necessitate building, in many cases, as cap rates on purchased existing homes won’t meet most companies’ yield targets, said the analyst.

According to McNeilage and Alex Sifakis, president of JWB, some of those bigger operators are already building to rent, albeit not directly. Both companies build, rent and then sell homes to large institutional SFR operators, as well as retaining some of the new rental homes for their own portfolios.

They aren’t alone. Speaking at the IMN conference, Phillip Carter, president of Texas Cash Cow Investments said his company has been building to rent for 18

months due to a supply shortage of existing homes. His problem now is finding lots.

On a separate panel, Curt Schade, COO of Pretium Partners and Progress Residential, a private SFR REIT, said that his company has built about 400 of its 8,500-home rental portfolio. However, he suggested the tactic only works in some markets where land prices remain low — mostly in the Southeast.

Both McNeilage and Sifakis declined to specify which institutional operators are buying their newly built rentals. But the process appears to work like a mortgage conduit in many cases, where ownership transfers from Kinloch or JWB to the large institution as soon as a lease is signed — assuming other parameters laid down by the buyer are met.

According to the SFR analyst, who also covers home-builders, 20%-25% of a home’s cost is in real estate. Land prices have doubled or tripled over the past year, from USD 4,000-USD 5,000 per lot in middle-class Atlanta neighborhoods a year ago to USD 10,000-USD 15,000 now, according to McNeilage. Kinloch started buying land a year ago, tying up several hundred lots in anticipation of building rental homes, he added.

Rents average USD 1,300-USD 1,500 per month, but Kinloch can get USD 50-USD 100 more per month in rent on a new home, he said. That gels with an estimate provided by Michael Breese, CEO of Homestar Property Solutions, who said at the IMN conference that new homes in Atlanta command an additional USD 100 in monthly rent.

Kinloch averages a net yield of about 8% on new rental homes, McNeilage said. In comparison, the company can buy, renovate and lease existing homes at about a 9% net yield.

Buying existing no longer a no-brainer

The comparison seems a no-brainer, absent consideration that it can take as much time to find, buy, renovate and lease two existing homes as it does to build 10-15 new ones, McNeilage said. Given that disparity, it increasingly makes more sense to build rentals than to compete for a shrinking supply of existing homes, he said. 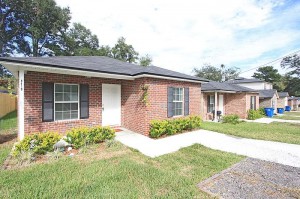 The goal, he said, is to build and rent at a 7.2% cap rate, and sell to an institutional investor such as Invitation Homes at a 5% cap rate. JWB also has its own fund that owns 160 rentals and 140 lots. Those homes will

be sold to a larger investor at some point, Sifakis said. To date, neither Sifakis nor McNeilage have seen much build-to-rent competition from the big SFR operators. But that is inevitable, they say.

“We’re talking to some guys who want us to do it for them,” Sifakis said.

This Mistake Costs Investors Hundreds of Thousands of Dollars

END_OF_DOCUMENT_TOKEN_TO_BE_REPLACED

How to Apply Life Lessons to Business